Skip to content
Christmas message from the Alamo City Guards!

A Christmas message from the Alamo City Guards!

Dear compatriots,
I hope that everyone had a wonderful Christmas and will have a happy New Year! I have attached a scan of a print by Mort Künstler titled “Jackson and Lee at Moss Neck (Manor, VA), December 25, 1862” that I just found on the web and hope you also enjoy as much as I did. I have also pasted a link to a short article about the same Christmas dinner and a short clip from the movie “Gods and Generals” that takes place during the same event at Moss Neck Manor.
Martin 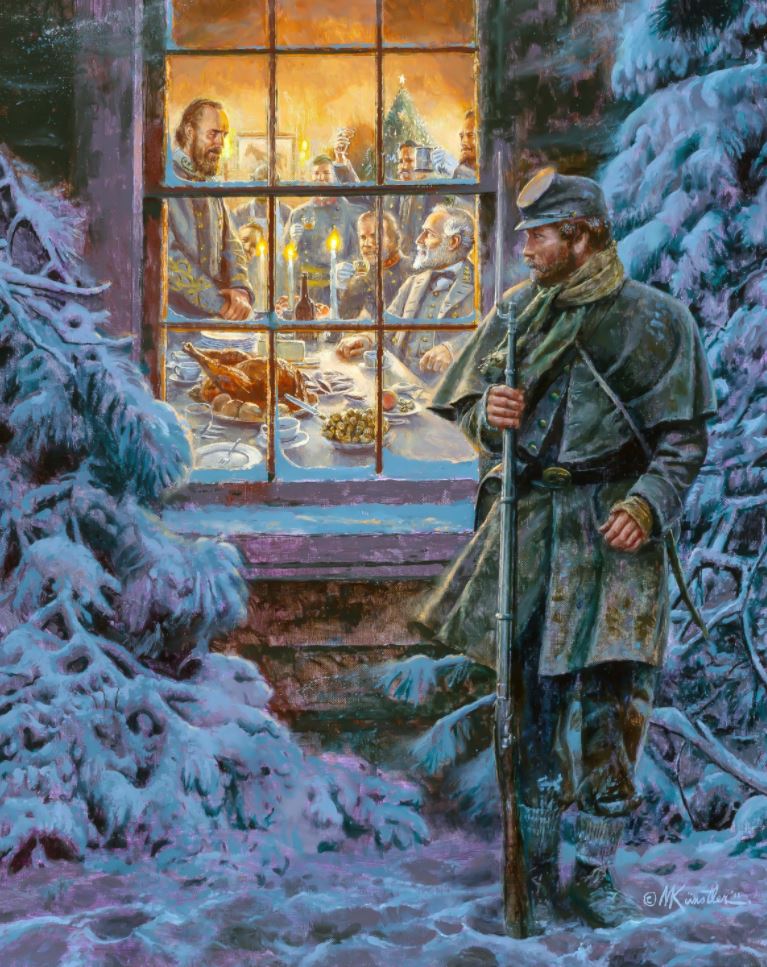 Following the Battle of Fredericksburg on December 13, 1862, General Stonewall Jackson established his winter headquarters at Moss Neck Manor, a stately plantation home located twelve miles east of the city. The home of Richard Corbin and his family, the Moss Neck mansion, stretching 225 feet from wing to wing, sat on elevated ground two miles from the Rappahannock River. Refusing to reside in the main house, Jackson instead used a small wooden outbuilding for his office and quarters.

With Christmas fast approaching, local citizens brought so much food and gifts to Jackson that he decided to host a dinner for Generals Robert E. Lee, J.E.B. Stuart, William Pendleton, and select members of their staffs. Lieutenant James Power Smith, Jackson’s aide-de-camp, was charged with organizing the celebration, which he later described as “a famous dinner.”

The Alamo City Guards is always looking for new members!